PASSOVER and 4 Nondual Secrets of Freedom 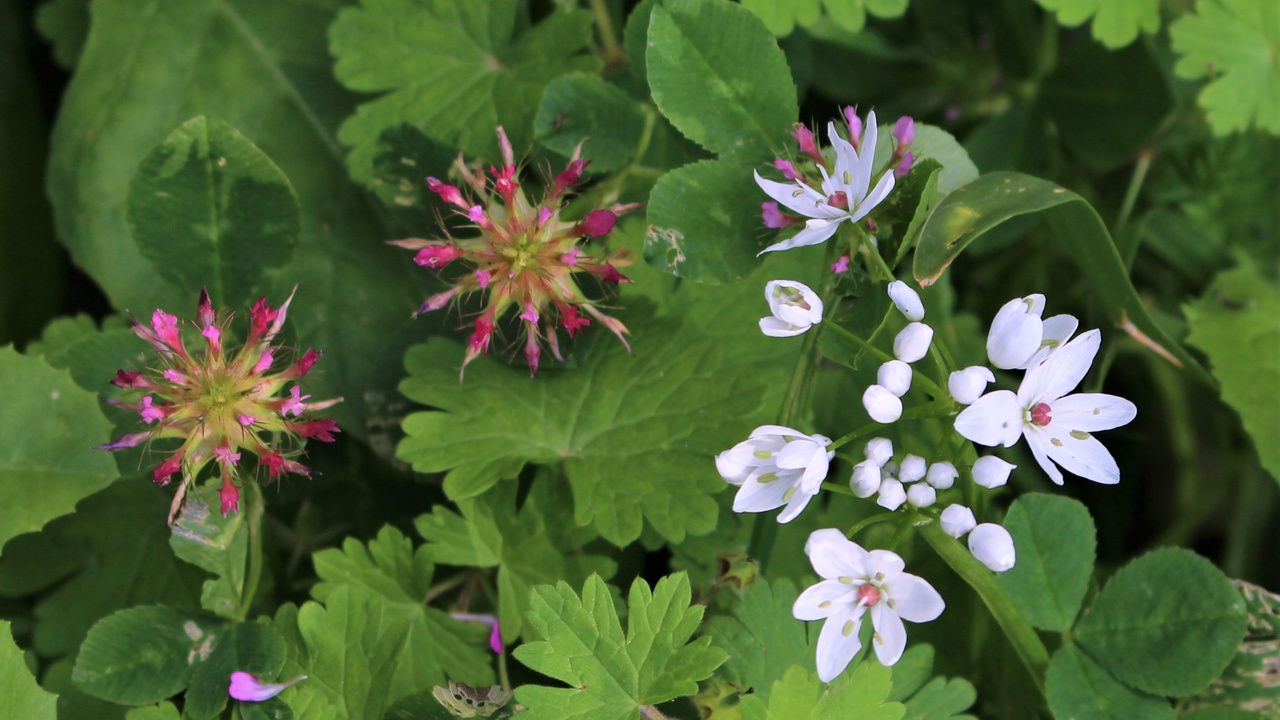 The partner of slavery is liberation.

Freedom has no opposite.

In freedom, liberation and slavery are one.

The people were slaves. Their time, their space and their movement was possessed, under the control of an outer authority. Moses said: “Let my people go”.

He spoke from the gut of existential freedom, demanding the freedom in time and space which is the birthright of all peoples. Pharaoh resisted, and suffered the ten plagues. The great collective fears: of insanity, disease, poverty and death, rained down on Egypt. The Jewish people walked away: into the boundless atmosphere of stillness and absence of the desert - stepping out of known suffering into the unknown and unknowable.

It happens with all movements of inspiration: universal genius arises and expresses as the living story gets crystallized, ritualized and assumes the spirit of the forms that channeled it. Yet the lasting legends – like sacred vessels – hold the elixir of timeless wisdom for any who drink from its source. Often, the timeless message of these histories is that the soul of the story is found in the storyteller.

Each mystical fable follows a formula - in which an uprising of true nature ruptures the shackles of despair, releasing the human being into a promised land.  These stories tell us that spiritual awakening can also be a human uprising, that human evolution can sometimes involve sociocultural revolution. At the center of this storm of life in the invincible and extraordinary quality of freedom.

Following are four of the deeper, mystical messages of the Passover story, as a story of slavery, liberation and freedom, as repeated through millennia. 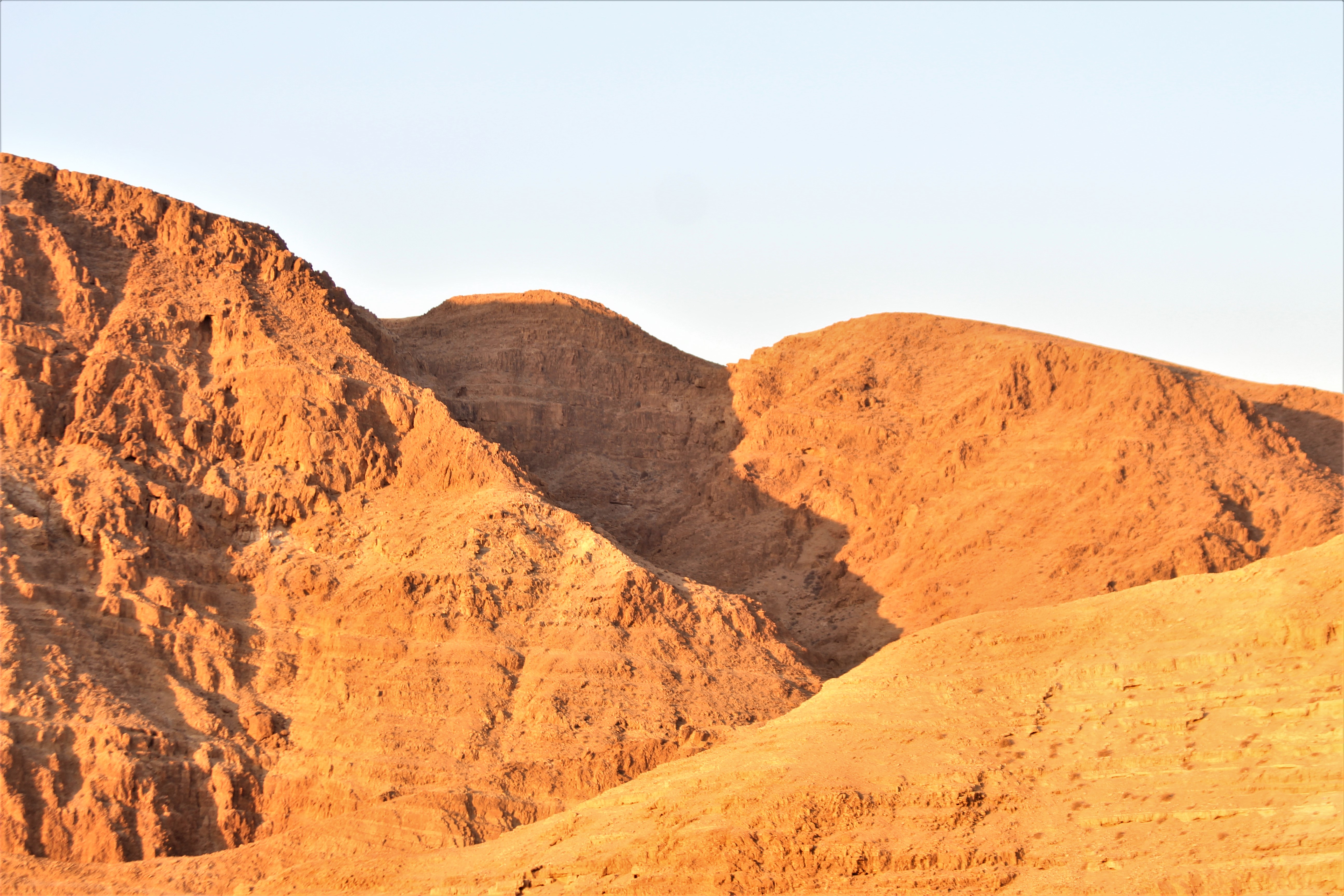 1. The Wisdom of Impermanence

Dynamics of slavery sustain themselves through the illusion of permanence, that time can be possessed permanently, which would make it possible to possess another's soul.

This belief in the possession of the un-possessable breeds dualistic forms of suffering: You ARE inferior. You ARE the slave. He (she) IS your owner. You must submit.

These messages become hypnotic through repetition. They claim  absolute authority over the orchestration of reality and enforce this reality with shocks of cruelty. As this reality continues to be forced, the victim becomes symbiotic it. Stockholm Syndrome (bonding with the abuser), and learned helplessness are psychological phenomena in which the enforced reality of power abuse becomes a shared reality, an internalized structure, an autonomous, reflexive, dynamic within the psyche.  The fight is gone, but the power dynamic is embraced as eternal and everlasting - the battle of who enslaves who becomes  a structure of reality, hijacking true nature and especially Nondual Qualities such as power, service, passion, compassion, authority, playfulness, togetherness and belonging.

But True Nature is true power. It is the momentum that drives the revolution of karma. The loss of tyrannical control suffered by Pharaoh in the Passover story was witnessed by all Egypt. Chaos reigned – not Pharaoh – for all his trappings of wealth.

When impermanence becomes visible to consciousness, the belief structures through which the mind dominates the heart and dictates reality break down.

Freedom dawns, yet the sun was always here.

2. Opening to the Unknown

Beneath the surface of regular Egyptian life, the status quo was broken. Something deeper was stirring. Yet all the patterns of behavior – from working rituals, to dietary habits, through to prevalent idolatry were known patterns.

This is how ritual builds reality – through reaffirming the known, the recognizable forms and the familiar rhythms in which we feel safe.

Yet freedom is never caught or confined to mental, emotional, spiritual or physical ritual. Freedom can be reflected by the mirror of the human being, but it can’t be directly perceived. This is because we are made of freedom. Freedom is one with our consciousness.

This existential certainty breaks into the physical and the first steps out of slavery and into the desert of the unknown and unmanifest can be fearful. The tribe is migrating out of the safety of Cairo ghetto and into the unknown precincts of new experience .

Throughout history, true survival has depended on our ability to evolve. Evolution demands that we open to the unknown and have the courage to move through it.

Without the opening to the unknown, we wouldn’t be able to know anything at all.

It is the sacrifice of the known patterns of slavery and the willingness to leave them behind that opens the angelic vista of the Sinai desert. This is the field of mystery, and of unlimited possibility. Is a death or a rebirth? A movement into a wilderness of hell or toward a promised land? Whatever it is, the existential light of human freedom shines through it all.

The Passover story is full of miracles, and equally full of intense difficulty in believing in what it being revealed. Moses himself had a hard time at the start. Speaking to God revealed in a perpetually burning bush, he asked for the name of the holy voice. The voice replied “I am that I am.”  What could he to do with such a reply except awaken in the essential layers of being?

However he took it, he didn’t take it personally and was eager to transmit to the people of Israel that it is not the man Moses who is leading them to freedom, but the divine.

Creative freedom, existential consciousness, the source of all life and the alpha and omega of every form.

The insistence not to indulge into deification of Moses through idolatry was later reaffirmed. Despite the manna from heaven, and the guidance of the pillar of fire by night and the pillar of dust by day, the people still indulged in idolatry, and its partner jealousy, while waiting for him to descend from Mount Sinai. If it has been left to Moses, he would have stopped the whole Passover rap there and then. But another kind of divine appointment was in play beyond his disappointment in his brothers and sisters: the appointment of destiny.

Still, in that moment when the group came to the Red Sea, many were ready to die at the hands of Pharaoh rather than step through the rift land of the divided waters as instructed.

According to stories, it was Miriam, sister of Moses, perhaps the unspoken mystic and true embodiment of spiritual freedom on earth, who took the lead. She moved ahead of the tribe into the sandy rift between two walls of water, dancing, singing and laughing all the way. Song, movement and joy lit up the middle way through the left and right, releasing the past and arriving into the new dimension of experience so often called the promised land.

Can we trust the promise of life enough to let ourselves pass through the nondual rift land between dimensions, the tear in the fabric of reality, the rupture which is inherent between every duality of form? Can we move out of the illusion of birth on our left and death on our right? Can we trust this existential freedom?

As long as we believe that freedom is somewhere else and caught either in the future or the past, we will not find the freedom that is always here. Freedom is not caught in time and space. Freedom is here and now. All we have to do is to drop our addiction to fear and receive its impersonal and passionate charge.

Freedom is inseparable from who, what and where we are.

Freedom can’t be possessed by any human being, no matter how violent, cruel or frightening they might appear to be. It is at the source of every human being and every life form. Who am I? I am freedom.

Freedom can never be punished, violated or incarcerated. It can’t be controlled. Freedom is inseparable from the source of all we are. It exists together with our slavery and together with our liberation from any temporary form. It is the light that gives sense to those contractions of slavery and those transformations that occur through liberation.

As human beings, we are in a process of evolution which involves perpetual impermanence. Yet our very ability to experience gain and loss; birth and death; slavery and liberation depends on our being more than that.

It depends on the very freedom that is inherent to creation itself, and which is fundamental to the consciousness that can sing as it dances through the parting waves of the Red Sea towards the promised land, and to the voice that out of the passionate fire of creation can name itself only as: I am that I am.

I am in Freedom. 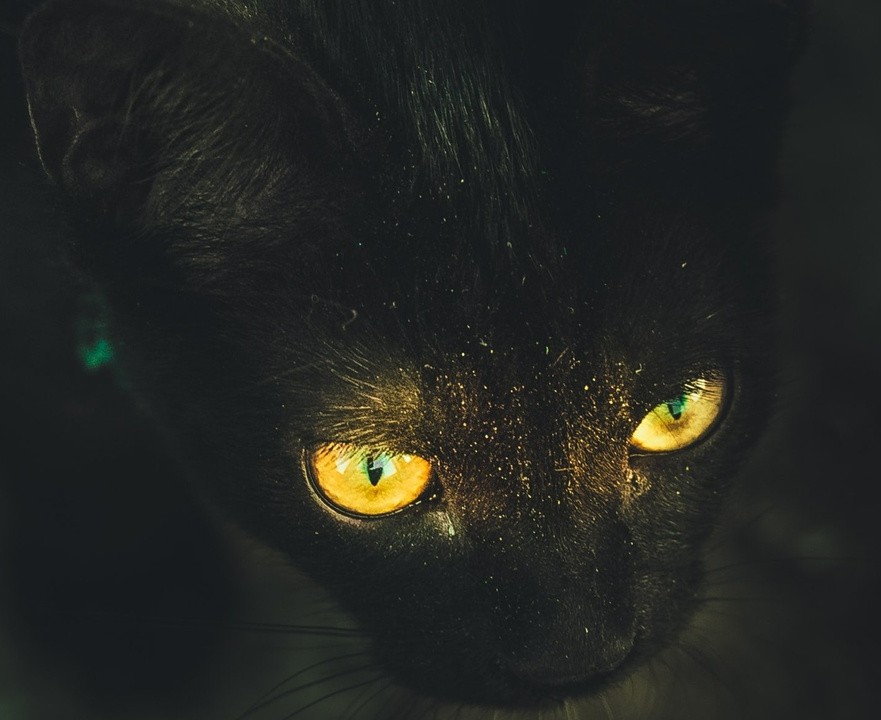 The Magic of Enantiodromia

2-Day online workshop with Georgi to explore the the mysticism, magic ad healing power of Enantiodromia.

A deep dive into the unconscious to extract the essence of true nature. 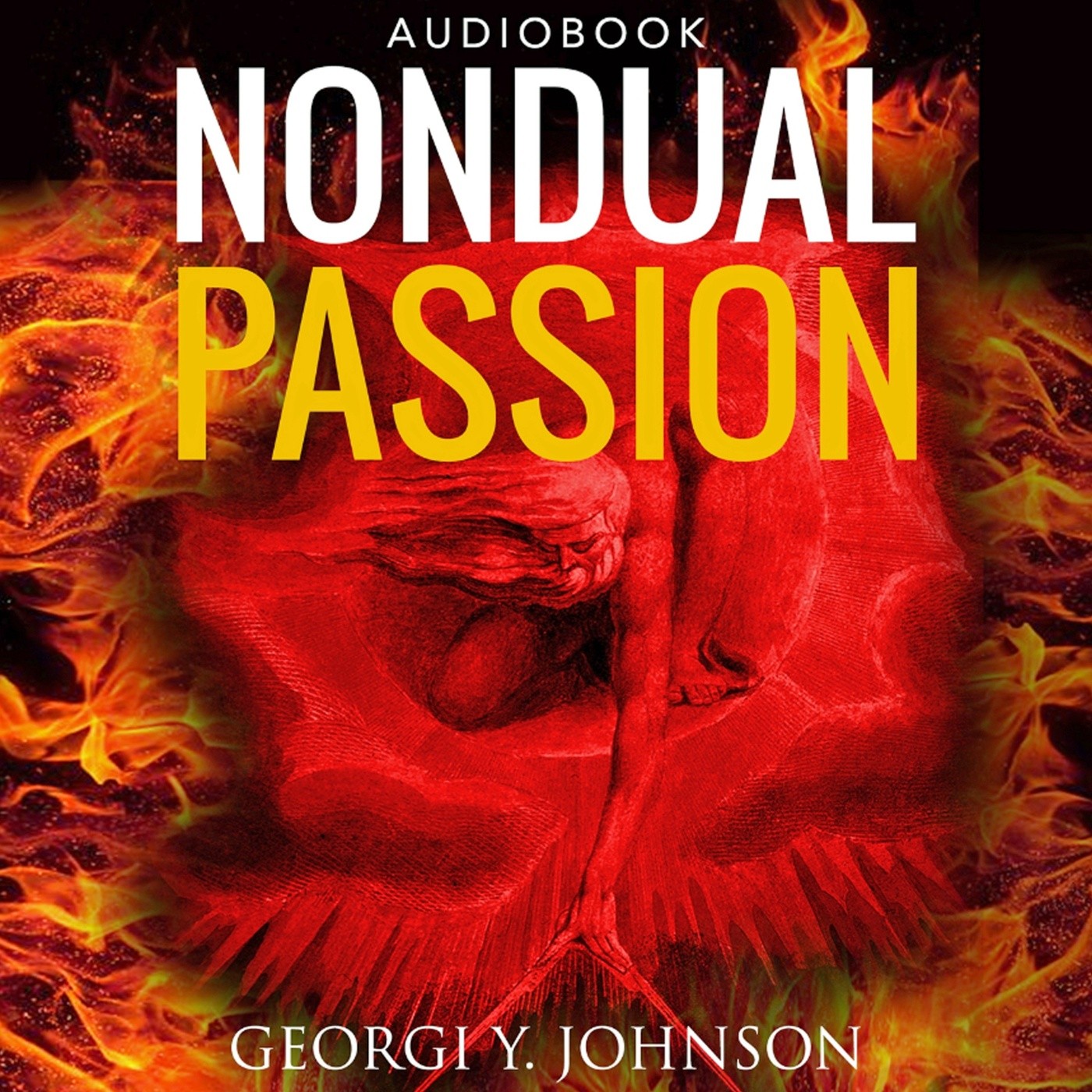 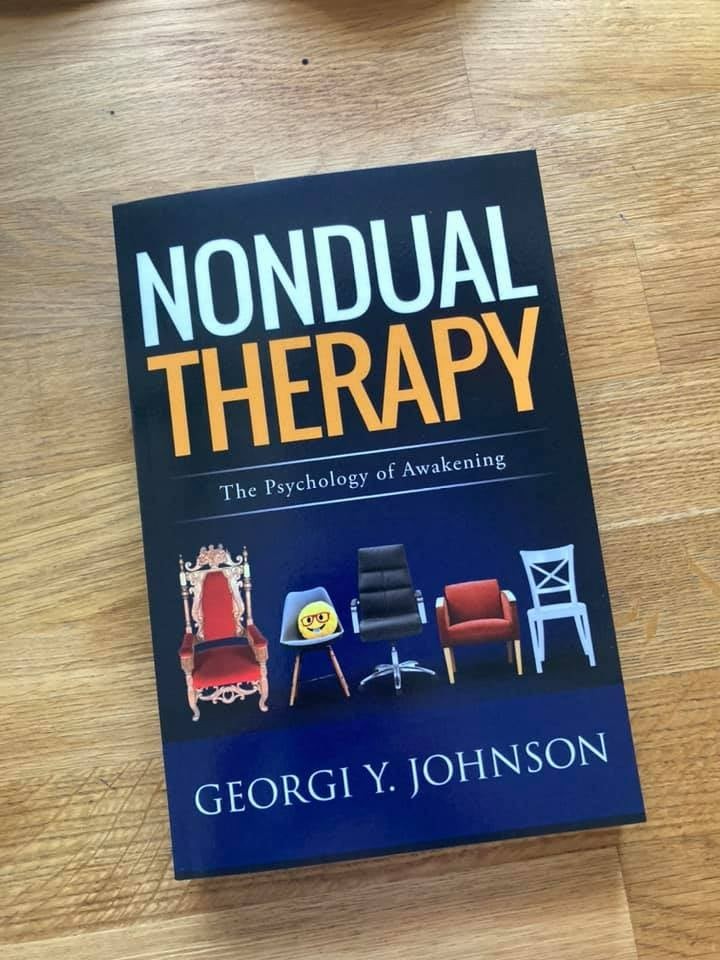 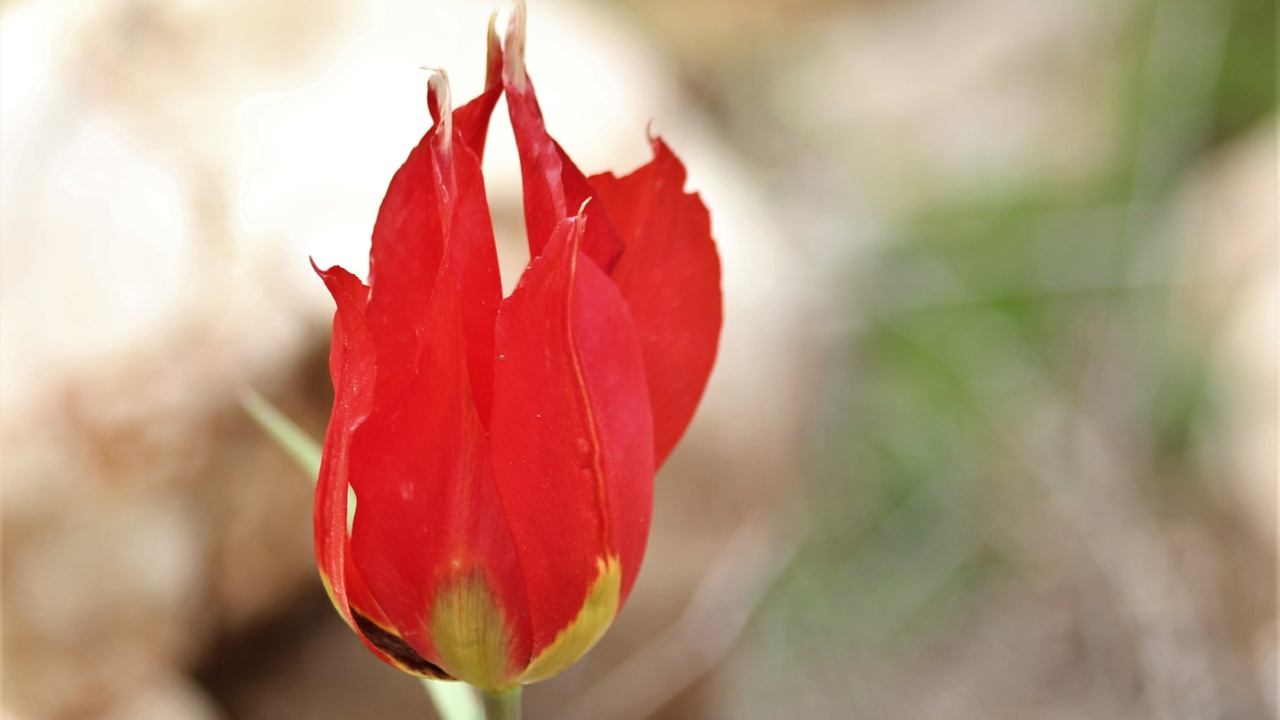 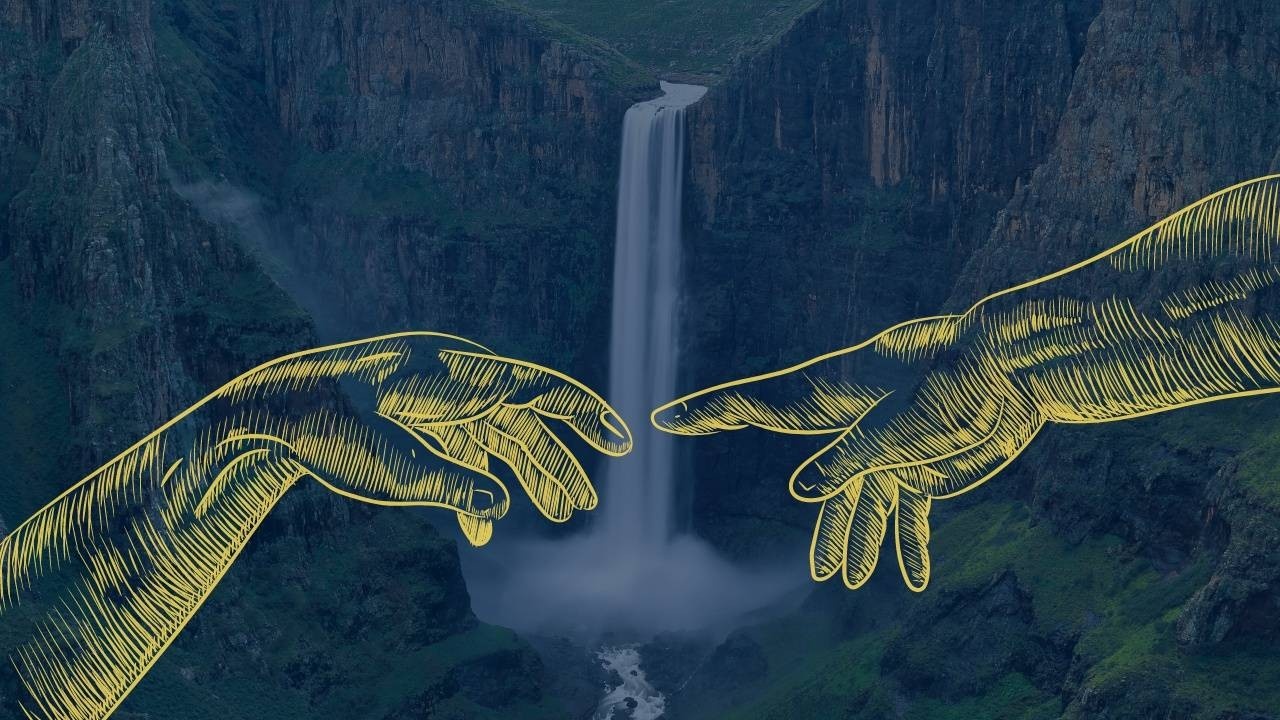